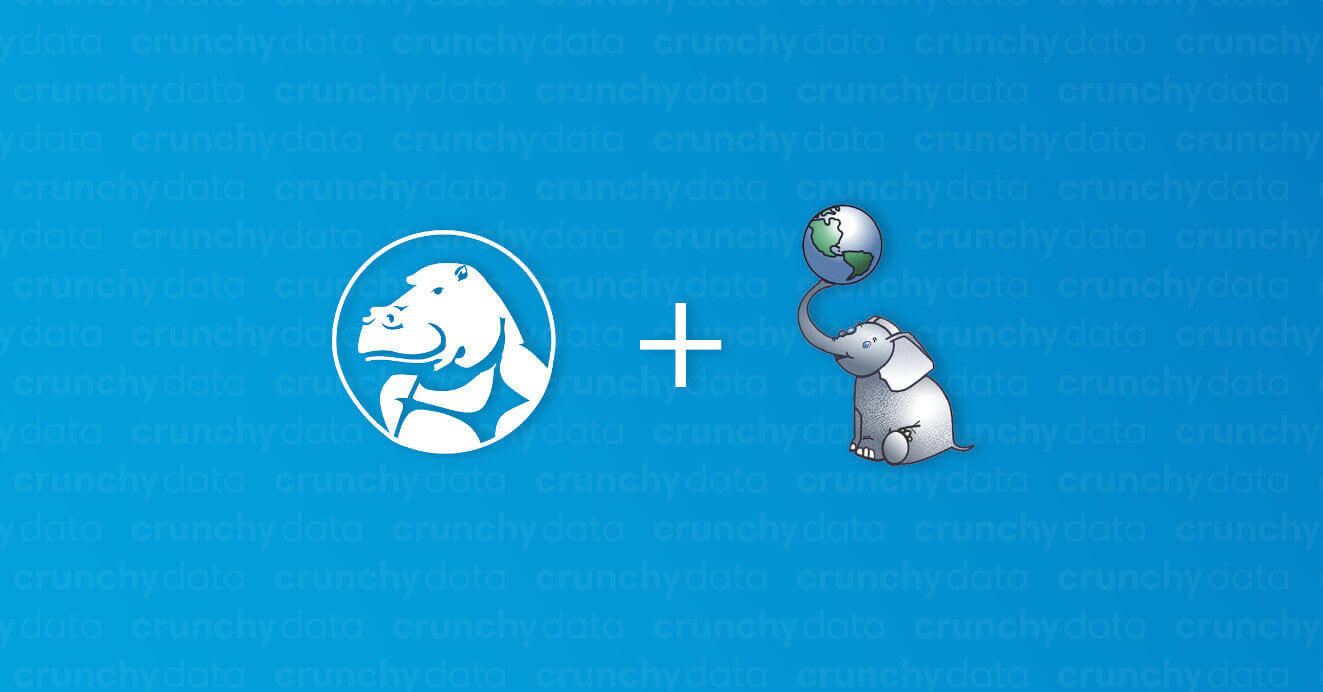 New features and better performance get a lot of attention, but one of the relatively unsung improvements in PostGIS over the past ten years has been inclusion in standard software repositories, making installation of this fairly complex extension a "one click" affair.

Once you've got PostgreSQL/PostGIS installed though, how are upgrades handled? The key is having the right versions in place, at the right time, for the right scenario and knowing a little bit about how PostGIS works.

To exercise an upgrade scenario we install slightly older versions of PostgreSQL and PostGIS.

Starting from a bare Centos 7 box, you'll want to update all your packages and add the EPEL repository.

Note that installing the PostGIS package brings along quite a large list of dependencies, including:

If you experience problems during an upgrade, it is often due to inconsistencies in these library versions, which is discussed in the "Problems" section below.

Enable the PostgreSQL service, initialize the data area, and start your server.

Just to prove that we're doing a safe upgrade of the spatial components, create a spatially enabled database.

Now add a table of spatial data from Natural Earth to your database.

So, software installed and data loaded -- we are ready to upgrade!

Perhaps the most common upgrade path will be a simultaneous upgrade of PostgreSQL and PostGIS to the latest released versions. In our case to PostgreSQL 11 and PostGIS 2.5.

First, we stop the server, then install the latest software.

With the server stopped and the new software in place, we are ready to run an in-place upgrade.

With the data upgrade complete, we can remove the old software.

PostGIS runs on a different upgrade cycle from PostgreSQL, and database upgrades can involve more system changes than extension upgrades, so it is not uncommon to want to upgrade PostGIS while leaving your PostgreSQL version unchanged.

This scenario runs into an interesting problem -- you cannot simultaneously have the postgis24_10 and postgis25_10packages installed.

If there are older versions of dependencies lying around, remove those too.

Then remember to update the extension in SQL.

Depending on what package versions you are upgradingfrom, and are upgradingto, you may occasionally have some difficulties during upgrades.

Here's a pg_upgrade log file entry that we saw during an upgrade with an old library in place.

New versions of the GEOS library frequently have new functionality added, that leads to new symbols in the library. If PostGIS has been compiled against a newer version, but your system still has an older version installed, it's possible the old version will be checked for the symbol before the new version, and this kind of error will ensue.

The solution? Make sure you only have one version of the dependent library in place, the latest one.

During the upgrade to a new version of the postgis-2.5.so module, PostgreSQL temporarily requires access to both the old and new versions. Packagers dodge around this requirement by including a "symbolic link" file in their package that aliases the new module file to the old module name.

Here is a pg_upgrade error that showed up in that scenario.