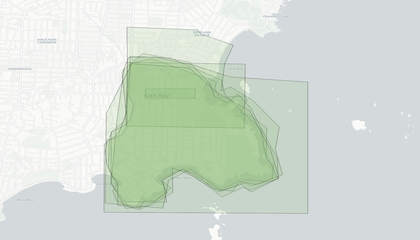 The GIS Stack Exchange is a great repository of interesting questions and answers about how to work with spatial data, and with PostGIS.

For example, this question:

Can anyone recommend a way to output a polygon that represents the points that are in n polygons, where n is greater than 1 and less than the total number of polygons (10 in this case)?

This sounds like a common problem, and has a solution that runs inside the database.

Start with a collection of polygons, like these eight interpretations of where "Oak Bay" is. 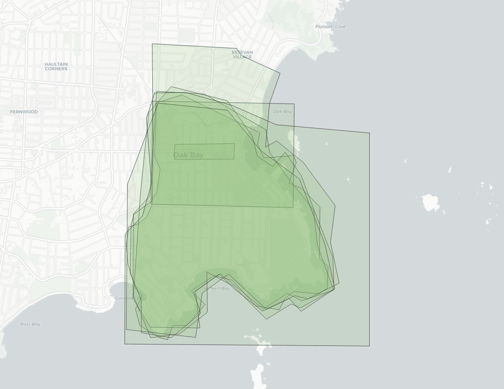 First, extract all the lines that make up the polygon rings, and smash them together, so that they all share end points.

This requires a few functions: 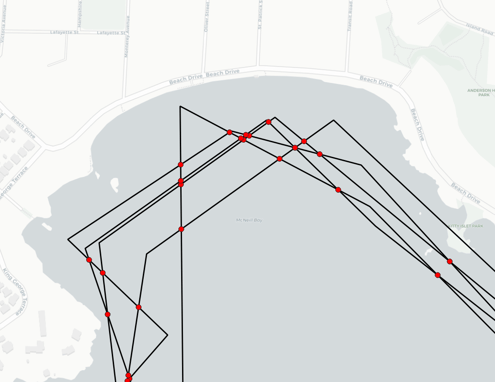 Next we take those edges and polygonize them, so we get one polygon for each unique piece of area. Those small polygons can then be joined back against the original polygons, and every overlap with an original polygon counted up. This allows us to figure what the "overlap count" is for each piece of area covered by the input polygons.

If we color up the parts based on the count of overlaps, we can see the original overlap pattern showing up, except now we have an actual overlap number to use. 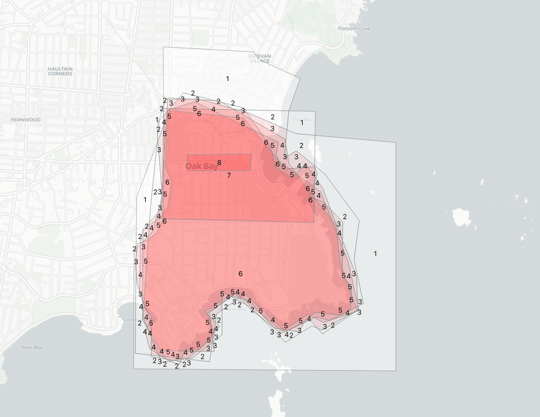 Finally, we can take all the parts with a count greater than four and merge them.

The final result is a nice average of all the input polygons.

The whole analysis can be run in one go by chaining together the CTE sections.

Because the final average uses the original linework, it makes a more visually appealing result than a shape generated using a grid or some other aggregation unit. 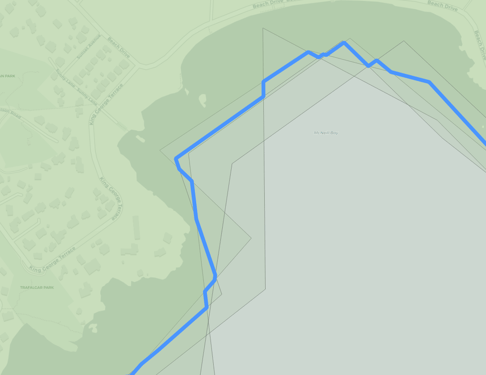