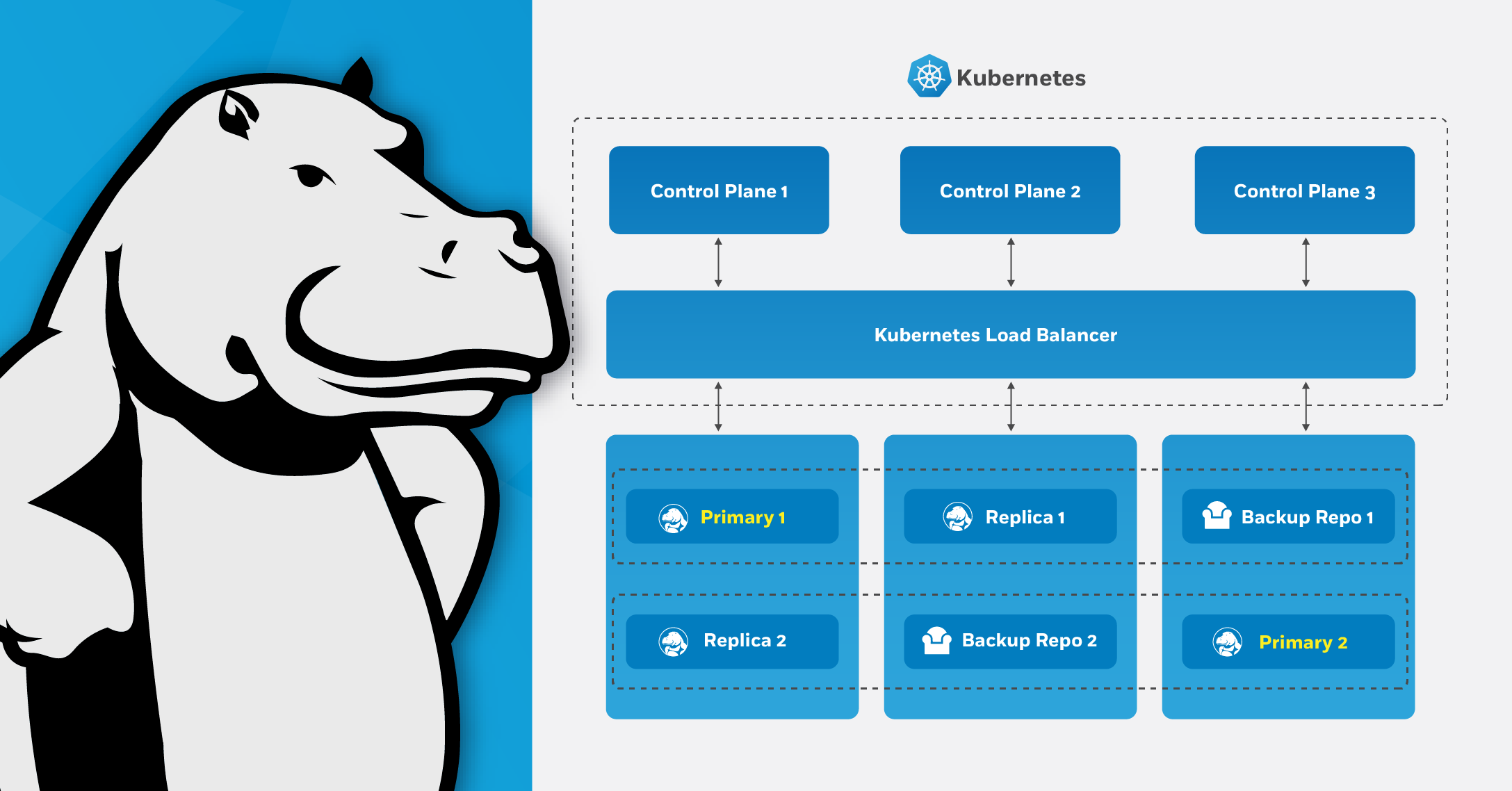 One of the great things about PostgreSQL is its reliability: it is very stable and typically “just works.” However, there are certain things that can happen in the environment that PostgreSQL is deployed in that can affect its uptime, such as:

There may also be downtime events that are due to the normal case of operations, such as performing a minor upgrade, security patching of operating system, hardware upgrade, or other maintenance.

Fortunately, the Crunchy PostgreSQL Operator is prepared for this.

Crunchy Data recently released version 4.2 of the open source PostgreSQL Operator for Kubernetes. Among the various enhancements included within this release is the introduction of distributed consensus based high-availability (HA) for PostgreSQL clusters by using the Patroni high-availability framework. 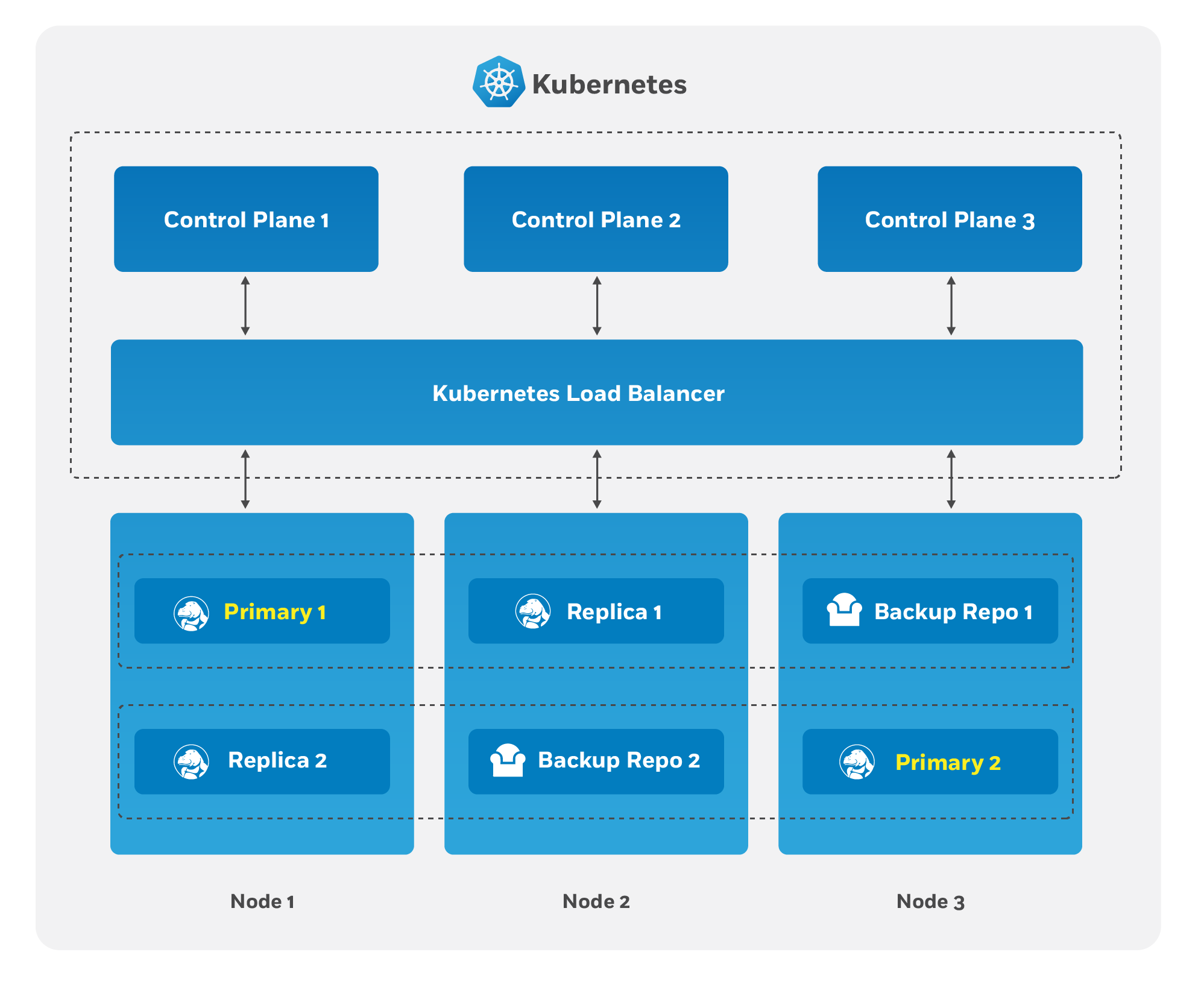 (A quick aside: the Raft algorithm (“Reliable, Replicated, Redundant, Fault-Tolerant”) was developed for systems that have one “leader” (i.e. a primary) and one-to-many followers (i.e. replicas) to provide the same fault tolerance and safety as the PAXOS algorithm while being easier to implement. Given PostgreSQL runs as one primary and however many replicas you want, it is certainly appropriate to use Raft. PostgreSQL clusters managed by the PostgreSQL Operator, via Patroni, leverage Raft properties of the Kubernetes DCS so that way you can run a smaller number of PostgreSQL instances (i.e. 2) and still have distributed consensus!)

The “log replication” portion that is defined in the Raft algorithm, the primary instance will replicate changes to each replica based on the rules set up in the provisioning process. Each replica keeps track of how far along in the recovery process it is using a “log sequence number” (LSN), a built-in PostgreSQL serial representation of how many logs have been replayed on each replica. For the purposes of high-availability, there are two LSNs that need to be considered: the LSN for the last log received by the replica, and the LSN for the changes replayed for the replica. The LSN for the latest changes received can be compared amongst the replicas to determine which one has replayed the most changes, and an important part of the automated failover process.

For PostgreSQL clusters that leverage “synchronous replication,” a transaction is not considered complete until all changes from those transactions have been sent to all replicas that are subscribed to the primary.

Determining When to Failover, And How It Works

As mentioned above, the PostgreSQL replicas periodically check in on the lock to see if it has been updated by the primary within the allowable time. If a replica believes that the primary is unavailable, it becomes what is called a "candidate" according to the Raft algorithm and initiates an "election." It then votes for itself as the new primary. A candidate must receive a majority of votes in a cluster in order to be elected as the new primary. The replicas try to promote the PostgreSQL instance that is both available and has the highest LSN value on the latest timeline.

Once an election is decided, the winning replica is immediately promoted to be a primary and takes a new lock in the Kubernetes consensus store. If the new primary has not finished replaying all of its transactions logs, it must do so in order to reach the desired state based on the LSN. Once the logs are finished being replayed, the primary is able to accept new queries.

At this point, any existing replicas are updated to follow the new primary.

Automatic Healing of the Failed Primary

One of the most important pieces of this kind of failover is being able to bring back the old primary into the fold as one of the replicas. For very large databases, this can be a challenge if you have to reinitialize the database from scratch. Fortunately, the PostgreSQL Operator provides a way for the failed primary to automatically heal!

When the old primary tries to become available again, it realizes that it has been deposed as the leader and must be healed. It leverages the pgBackRest repository that is deployed alongside the PostgreSQL cluster and uses the “delta restore” feature, which does an in place update of all of the missing files from the current primary. This is much more efficient than reprovisioning the failed instance from scratch, and works well for very large databases! When the delta restore is done, the instance is considered heal and is ready to follow the new primary.

Now that you understand how this all works (I hope ;-) let's look at an example!

For the 4.2 release, we tested a variety of scenarios that would trigger a failover, from network splits (my favorite one to test!) to critical file removal to the primary pod disappearing. For the purposes of this exercise, we will try out the last case as it is a very easy experiment to run.

Notice I don't add any extra flags: high-availability is enabled by default in the PostgreSQL Operator starting with version 4.2. If you want to disable high-availability, you muse use the --disable-autofail flag.

(Also note that you may need to explicitly pass in the Kubernetes Namespace with the -n flag. I set the PGO_NAMESPACE environmental variable to automatically use the Namespace).

Give the cluster a few minutes to get started. At some point, all of your PostgreSQL instance should be available, which you can test with the pgo test command:

Under the instances section, you can see the name of the Kubernetes Pods that comprise the entirety of the PostgreSQL cluster. Take note of the name of the primary Pod for this cluster, which in this example is hippo-9d5fb67c9-6svhm. Let's have this Pod meet with an unfortunately accident (note, you may need to add a Namespace to this command with a -n flag).:

When demonstrating automatic failover with this method, you may notice that you kubectl command hangs for a few moments. This is due to Kubernetes making its updates after the failover event is detected.

Wait a few moments, and run pgo test again to see what happens:

Wow! Not only did a new primary PostgreSQL cluster get elected, but we were able to automatically heal the old primary and turn it into a replica. Granted, this may be far more impressive if we had some more data in the database and I demonstrated the continuity of the availability, but this is already a long article ;-)

Using Kubernetes to run high-availability PostgreSQL clusters is no easy task: while the fundamental building blocks are available to create this kind of environment, it does require some smarts and automation behind it. Fortunately, the PostgreSQL Operator

I also encourage you to deploy the PostgreSQL Operator and try creating your own downtime scenarios and see what happens. We'd love to iron out any edge cases that may occur (though some may be too out on the edge, and at that point you'd still need manual intervention. But hey, we'd like to try to automate it, and maybe you could propose a patch to automate it!), but most importantly, we'd love to understand how you deploy high-availability PostgreSQL!

Migrating from Oracle to PostgreSQL: Tips and Tricks