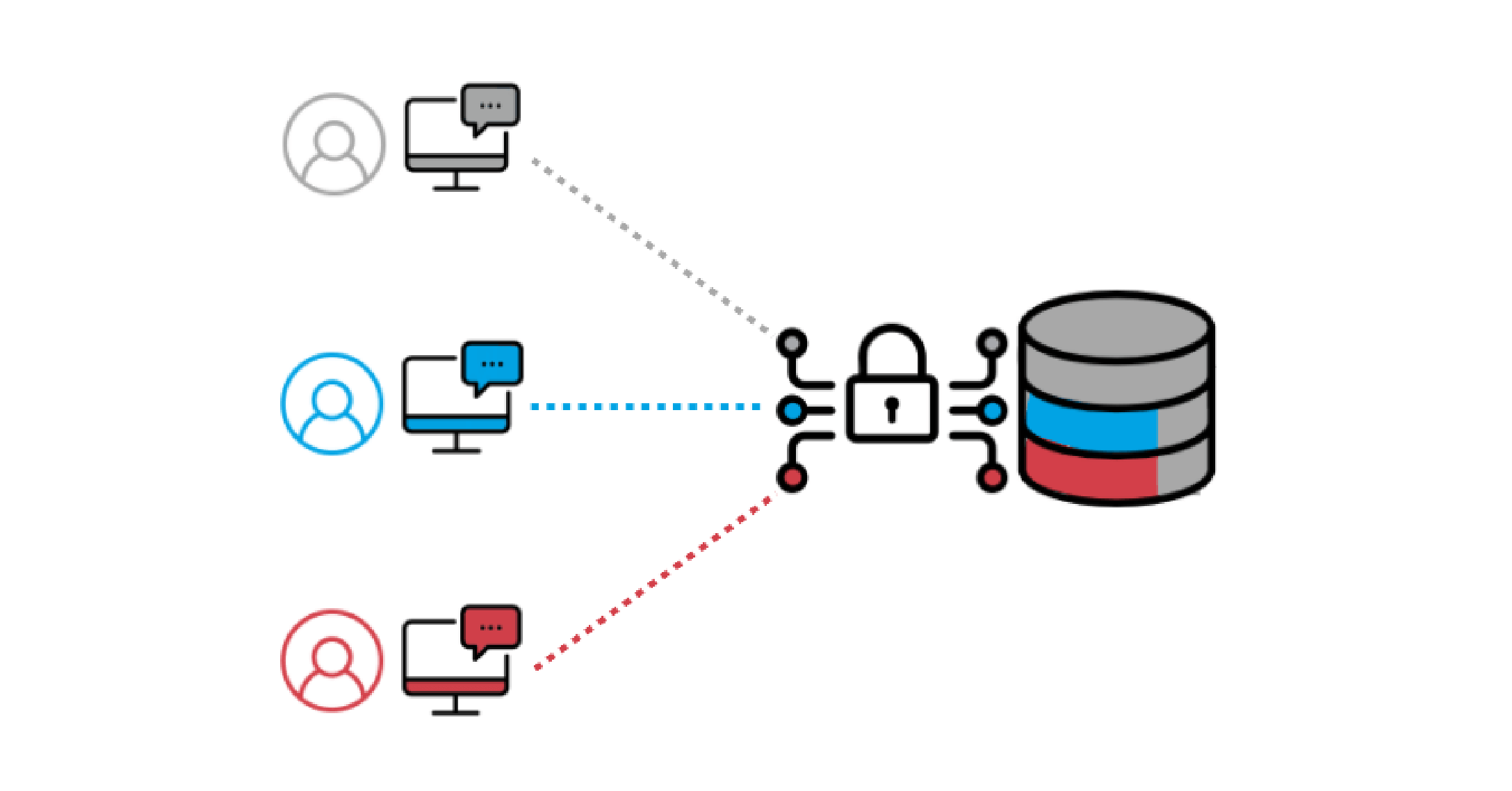 Row Level Security, aka "RLS," allows a database administrator to define if a user should be able to view or manipulate specific rows of data within a table according to a policy. Introduced in PostgreSQL 9.5, row level security added another layer of security for PostgreSQL users who have additional security and compliance considerations for their applications.

At Crunchy Data, we care a lot about data security and supporting PostgreSQL. When we discovered an issue with creating a large row level security policy, we worked to find a workaround that provided a secure outcome but avoided creating a custom fork of PostgreSQL.  As of the publication of this post, the Crunchy Data team is working to address the issue with a patch that will be submitted for inclusion upstream.

To understand the issue and how our team found a solution, I'll first give a quick primer of how row level security works in PostgreSQL.

For this example, I created a PostgreSQL 10 instance using Docker with the following settings:

You can substitute jkatz with your desired username.

Once the container booted up, I logged into the PostgreSQL instance as the postgres user from the command-line with the following command:

In a separate window, I logged into the PostgreSQL instance as the jkatz user from the command-line with the following command:

Using the postgres user, I created a table called accounts inside the public schema:

I populated the public.accounts table with some random names I generated using the Faker library in Python. I ran the following SQL as the postgres user:

Last, but not least, as the postgres user I inserted a reference to the jkatz user into the "public.accounts" table:

What happens when I try to view the table as the jkatz user? I ran the following SQL from my window connected as jkatz:

and received the following message:

That is to be expected. I did not give any read permissions (i.e., being able to run SELECT) to jkatz on the public.accounts table. As the postgres user, I ran the following command to give jkatz access to public.accounts

Now, as the jkatz user, when I run the following

Bonus: A PostgreSQL shortcut for running SELECT * FROM tablename is to use the TABLE tablename, e.g.

The basis of row level security is to create policies that define how a user interacts with rows within a given table. Policies can be defined over a current database user, specific roles, or over all roles in a database by using the "PUBLIC" attribute.  Policies can be created by database superusers and table owners.

We will start with a simple policy: we will enforce that the current database user can only view their own entry in the public.accounts table. As the postgres user, run the following command:

The USING clause evaluates whether an existing rows in a table should be returned in a query. In this case, the accounts_policy will only return rows where the username matches the current database user.

Now as the jkatz user, run the following:

And watch every single row in the table be returned. This does not seem like row level security at all. Confused?

Don't worry, I left out the most important step: you MUST EXPLICITLY TURN ROW LEVEL SECURITY ON IN A TABLE in order for the policies to be enforced. Row level security is turned off by default (you will see why shortly). To enforce the row level policies for the public.accounts, run the following command as the postgres user:

Switch back to the jkatz user and run:

And only a single row that represents jkatz will be returned.

As a bonus, run the above query as the postgres user: you will see every row returned. This is because row level security policies do not apply to superusers (or in this case, the table owner as well as ENABLE ROW LEVEL SECURITY is used vs. FORCE ROW LEVEL SECURITY, which is more restrictive) in your database.

I want to change my name in the system to add my middle initial. As the jkatz user, I try running:

I receive an error:

This makes sense: we never granted permission for any user other than the superuser (who is also the table owner in this case) to perform UPDATE queries on the public.accounts table. Additionally, we may want to have our user to only update his or her name, otherwise the user could arbitrarily change the username, and perhaps violate our row level security policies.

To only grant the ability to only update the full_name column on the public.accounts table, as the postgres user run:

Then, as the jkatz user, try running the update command again:

What happens if the jkatz user tries to update the created_at timestamp? If you run:

Another feature of PostgreSQL row level policies is the CHECK clause, which is checked when data is manipulated to ensure they adhere to a policy. For instance, you could set a CHECK clause to disallow a row from being edited more than five minutes after its creation time.

To reproduce the issue (which exists as of this writing in PostgreSQL 10.2), let's create a policy that restricts the user from being set to certain full_name based on a list. Similar to populating the data set, I generated a random list of 1000 names to create the policy. As the postgres user, try running the following code (note: the code is run in a transaction so that if there is an error, the old policy is not accidentally dropped):

(For safe measure, check that the existing policy is still in place by running the following as the jkatz user:

If it returns only the one row, then the original policy is still being enforced).

What does that error mean?

PostgreSQL groups its data into "pages" and each page by default is 8KB, or 8192 bytes in size. The row level security policies are supposed to fit into a single page, with 32 bytes allocated for meta information.

The definition of the USING and CHECK clauses are stored in a data type called pg_node_tree, which is a system data type that stores a parsed query tree.   Thus, if you look at how large the CHECK clause is in the previous policy definition, you can see that it is larger than the 8KB page limit.

The Fix and "The Fix"

A team of Crunchy Data engineers quickly identified the above problem in the PostgreSQL code and came up with a solution: TOAST. TOAST stands for "The Oversized Attribute Storage Technique" and is the system used by PostgreSQL to store data that does not fit within a page.  In short, the system columns storing the data for the USING and CHECK clauses in a policy definition need to be marked as "toastable" in order to save large policies.

However, as I mentioned in the beginning, the Crunchy Data team is committed to submitting patches upstream to the PostgreSQL project versus keeping a separate fork, and thus we needed at least a temporary solution for the problem at hand.

The team came up with the pattern of using a PostgreSQL function, which is TOASTable, to encapsulate any complicated logic within a policy. Thus, the policy size should be well within the 8KB page limit.

For the above case, I put all the names in a set-returning function which I created with the postgres user:

After that, as the postgres user, I ran the following code:

As the jkatz user, I now attempt to set full_name to "Robert Johnson," which is one of the names on the list:

PostgreSQL is robust and contains a lot of features to both help your development and keep your data secure. In fact, PostgreSQL is so robust that if you do run into issues with the platform, you already have the tools to efficiently work around them.

If you do believe you've found a bug in PostgreSQL, please read up on the community bug reporting policy and file a report.

Range Types & Recursion: How to Search Availability with PostgreSQL